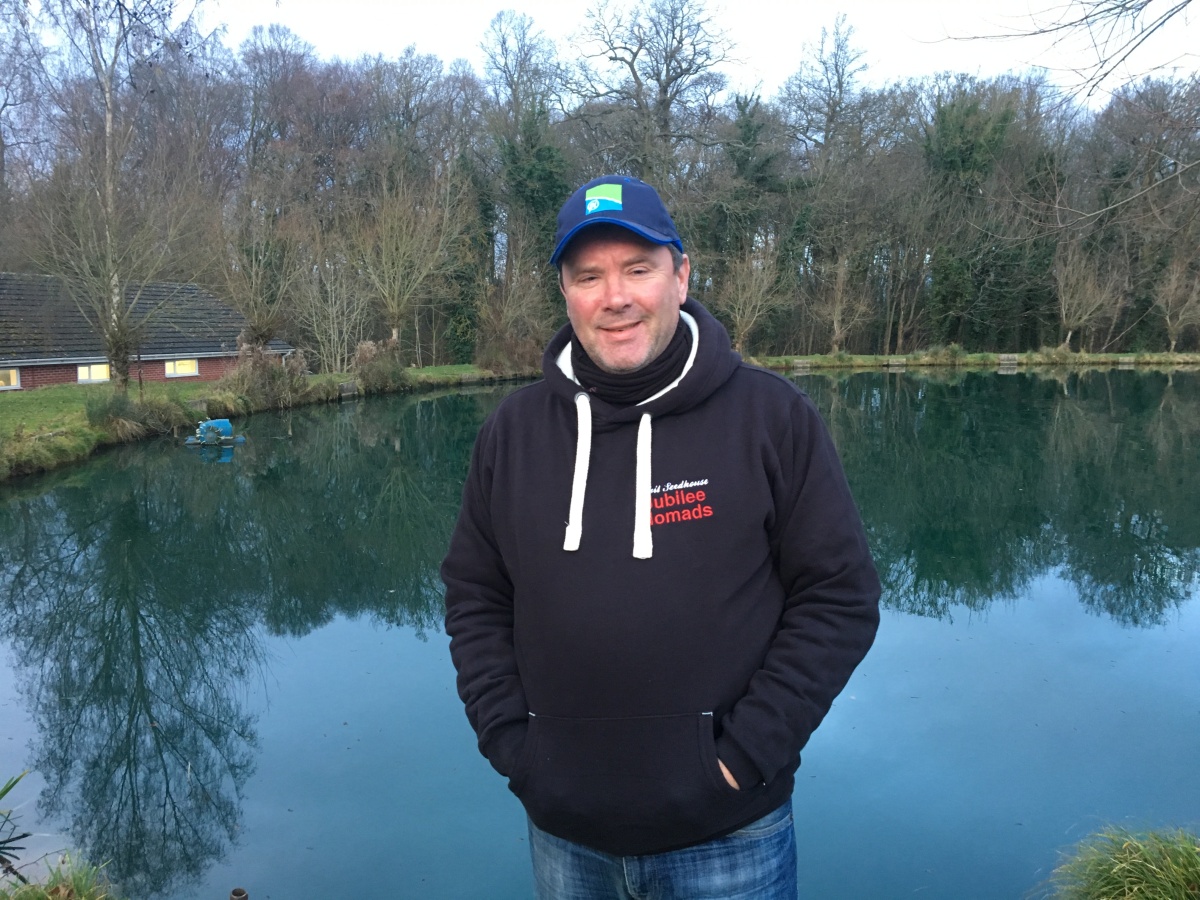 This week we Jubilee Nomads fished two Christmas matches with Fur and Feather’s at Woodland View and Hillview.

Saturday saw Phil, Robin, Rob and Andy travel over to Woodland View for one of their fur and feather matches. A good turn out of 30 anglers were spread over Front and Back Deans this time and all anglers returned home with a Christmas box of goodies after a complimentary bowl of soup and Bread before the prizes were handed out.Phil and Andy drew on Front Deans where Phil won his section with 27lb while Andy who had a bigger weight, 51lb took the Nomad pound coins finishing 2nd in his section. Robin and Rob were pegged together on Back Deans where it fished harder and they struggled but still caught a few fish.

Then on Sunday Stu joined us as we fished Hillview’s Fur and Feather match. This match saw over 50 anglers fishing on all pools on the complex. All anglers returned home of goodie bags of fishing tackle. At Hillview they have a draw after the match where some tackle vouchers are up for grabs. The peg number you draw for the match also goes into a draw for the prizes. There was a 1st prize of a £200.00 fishing voucher and several £100, £50 and £20 vouchers to be won. This is a great idea and gives even the not so good anglers a fair chance of winning a prize and probably why they have such a great turn out for this match. Unfortunately none of us Jubilee Nomads won anything!!Top Nomad on the day was Robin and from canal 1 with 62lb who just missed a section win. Phil also caught well from canal 2 weighing in 46lb and also just missed a section win. Andy, Rob and Stu all caught but didn’t have good draws. In fact Stu’s 13lb was only a couple of lb off a section win on his pool!!

Back to the Sunday open at Hillview after last weeks win
Hillview Sunday open today on Moorhen and canal 1, drew Moorhen 15, clicked to 50lb in two nets, which went 50lb both weighs and 141lb total on clicker to weight in 141lb for the match WIN, sometimes it all goes right👍 #matchfishing #hillview
Back to Hillview for the Sunday open, over Moorhen and the 1st canal, drawn Moorhen 15 today but it’ll be hard to beat the 1st canal, just looking to win the pool #matchfishing #hillview #fishing
Change of scenery today, Hillview for the Saturday open over Moorhen and Heron, drew 19 on Moorhen and caught in spells for 72lb fishing 2nd in Section, enjoyed the day might go there tomorrow now #matchfishing #hillview #fishing #carp
Grant Davis Memorial cup match at the Jubilee fishery today, not been here for 12 months and it’s changed a lot, not like it was when I won it back in 2010 but just here for Grants family, drawn an ok peg so hope to get my hands back on the cup
Woodland View for the Sunday open split over High and Arles pools, drawn High 30. Deep on High so let’s hope they come Shall and short in the margins. High pressure today could be hard we’ll see
Manor Farm Leisure for the Wednesday open today. Des ship for company on the next peg and Neil McKinnon the next peg on the other side, can see I chip shopping today, hope not
Week off work and a few days before we go away so of to Tunnel Farm Barn for the Monday open on Club, drawn peg 6. no idea if it’s a any good as it’s been ages since I was last here but plenty of room #tunnelbarnfarm
Woodland View for the Sunday open today, drew Arles 22 not really gona complete with front and back deans in. But you never know #woodlandviewfishery

I can offer extremely low cost advertising here on Phil Seedhouse match angler for less than you may think. If you would like to advertise here, please contact me to discuss my very favourable rates.