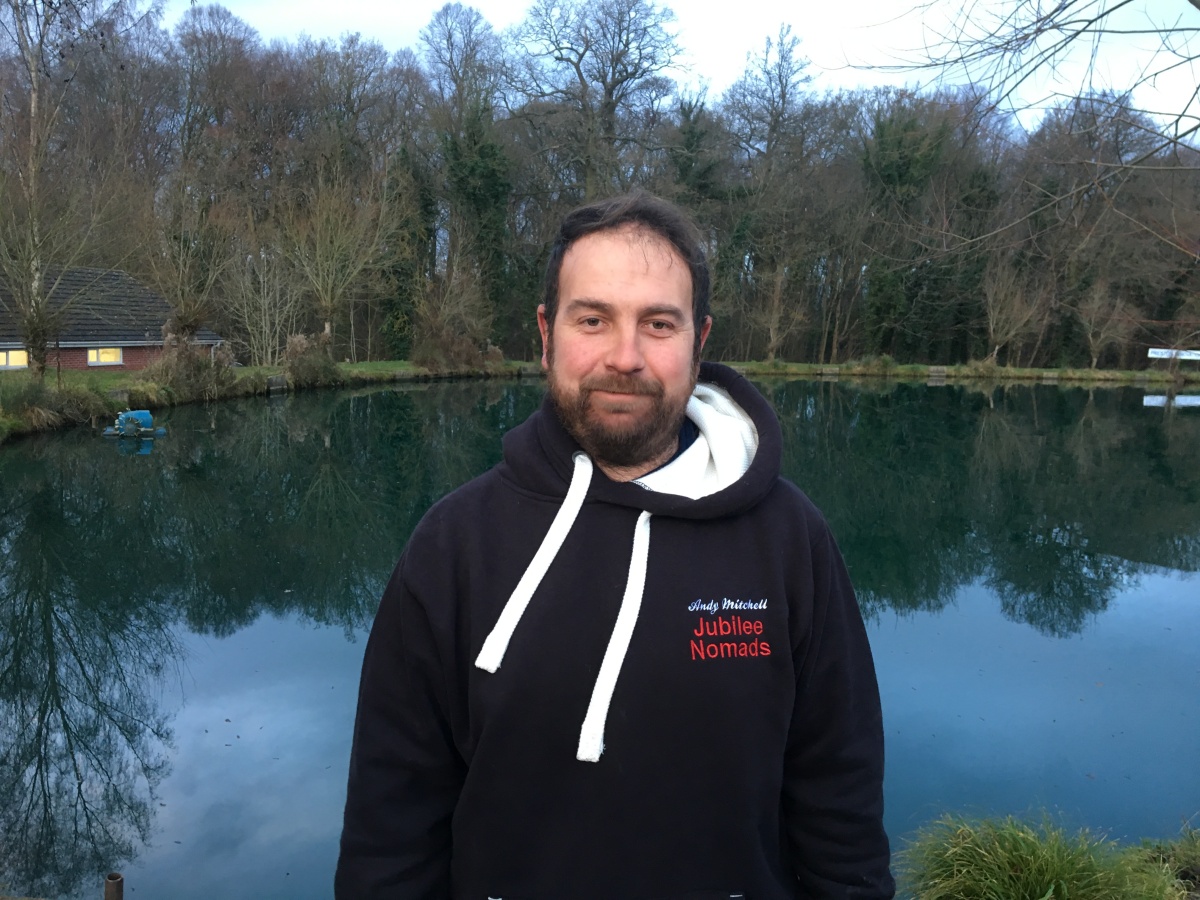 15 Anglers, combined between us Jubilee Nomads and invited guests returned to fish Pete’s Pool at Tirley Court this week.

Andy Mitchell drawn at the top end of the pool in the deeps continued his recent good form by winning the match with another new personal best of 288lb 0oz.

At Tirley at this time of the year you have to weigh in at the half way point through the match. Most anglers struggled early on but not Andy who put 136lb on the scales followed by 152lb for the win. 2nd placed was another Jubilee Nomad on good form, Robin Ballard who posted weights of 97lb and 162lb to record an excellent 259lb 0oz. We had 3 sections with invited guest Tim Hunt recording 80lb and 101lb from both weigh in’s for a total weight of 180lb 0oz. The grass bank section was won by regular Nomad framer, Rob Butcher recording 45lb first weigh in and then catching well in the 2nd half of the match with 182lb for a combined weight of 227lb 0oz. The 3rd section in the deeps was won by Mark Birbeck catching 45lb first weigh in followed by 123lb for an overall weight of 168lb. All anglers caught fish with 14 out of the 15 that fished catching over 100lb.